Bollywood popular actor Abhishek Bachchan, one who owns Pro Kabaddi franchise’s Jaipur Pink Panthers, was in Hyderabad yesterday (7th of August) with regard to the promotion of his forthcoming movie “All Is Well” as well as for the final league of his team.

On this special occasion, Abhishek Bachchan recalled his acquaintance with Megastar Chiranjeevi’s Family. Besides expressing that he has high respect for Megastar Chiranjeevi, the star mentioned that he is a huge fan of Powerstar Pawan Kalyan and doesn’t skip watching any of his movies. He also stated, Rana Daggubati is like a little brother to him.

Bachchan also expressed his enthusiasm to make Tollywood debut if a bright role comes along his way.

The Star who was delighted with the dazzling atmosphere in Hyderabad during the duration of the league match tweeted – “Hyderabad! WOW!! what atmosphere! Thank you for coming out and supporting Kabaddi. Great support. Loudest so far. Well done.”

Hyderabad! WOW!! what atmosphere! Thank you for coming out and supporting Kabaddi. Great support. Loudest so far. Well done. 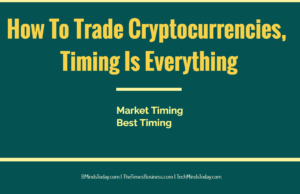