Water sources are under stress and the situation is expected to get worse because of Climate Change.

According to an estimate, by 2030 half of Europe’s river basins could be affected by water scarcity.

by 2030 half of Europe’s river basins could be affected by water scarcity.

The report says that urbanization, Population growth and tourism have all contributed to the water shortages and droughts that are increasingly affecting many areas of Europe, especially the Mediterranean region.

In order to secure Europe’s freshwater supplies for the years to come, the members of the environment committee backed on 21 January an informal agreement reached with the Council on a proposal for the reuse of waste water.

The new rules will still need to be approved by the Parliament and the Council in order to become law.

The new rules however aim to promote the use of treated wastewater for agricultural irrigation, which accounts for about half of the water used in the EU every year.

According to statistics of Live Science, Although 72% of the Earth’s surface is covered with water, less than 3% of this water is suitable for uses like drinking and irrigation.

Across the EU, water shortages and droughts have increased dramatically in recent decades. They are likely to become more frequent and more severe in the future.

There is high potential for increased water reuse but awareness of the benefits of this technology is low, and Europe lacks an adequate supportive framework for water reuse.

According to AMEC , stronger regulatory and financial incentives could help Europe reuse more than 6,000 million m³ of water every year by 2025.

France is one of the Member States with highest potential for more reuse, as 7.7 million m³ of waste water treated and reused.

The Impact of Product Life Cycle & Customer Buying Behaviours On... 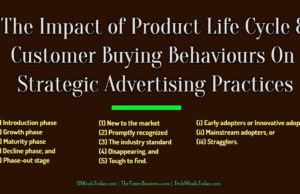