Gender equality could bring an extra 10.5 million jobs and 3.15 trillion in GDP (Gross Domestic Product) in EU by 2050.

As the world changes, new challenges to gender equality are emerging, according to the European Institute for Gender Equality (EIGE).

The EIGE stated that it has been examining the impact of digitalisation, with the 2020 Gender Equality Index planned to focus on issues such as the effect of technology on the workplace.

Gender equality is written into the EU’s founding treaties, yet we are still far from the finish line, the EIGE said as it accomplished 10 years.

It said that gender equality could bring an extra 10.5 million jobs and 3.15 trillion in GDP (Gross Domestic Product) by 2050.

Equal does not mean identical, which is why EIGE has built a library of gender mainstreaming Resources to help policymakers take women and men’s different needs into consideration, the EIGE’s report specified.

In 2020, EIGE will release a gender budgeting toolkit to help the EU and Member States ensure women and men benefit equally from public resources, the Institute added.

EIGE was set up to help the EU Institutions and Member States root out persistent inequalities between women and men.

EIGE’s production of comparable and reliable data enables policymakers to integrate gender equality into all policy areas, from the economy to climate change.

The Best Approaches To Learn About Investing In Stocks and Crypto... 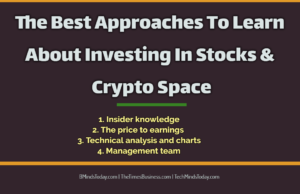 Crypto
Asking questions about how to...
Load more