Madhya Pradesh has the highest domestic violence cases with 241 in 2017. Kerala with 137 cases became the 2nd State on the list.

According to the National Crime Records Bureau (NCRB)’s data, in the past three years, the number of cases reported/ registered of domestic violence against women under ‘The Protection of Women from Domestic Violence Act, 2005’ is 461 in 2015, 437 in 2016 and 616 in 2017.

The total numbers of such cases State/Union Territory (UT)-wise in the past three years are as follows.

According to the data, Madhya Pradesh has the highest domestic violence cases with 241 in 2017. Kerala with 137 cases became the 2nd State on the list.

The Protection of Women from Domestic Violence Act, 2005 which came into effect in October, 2006 aims to provide protection and support to victims of domestic violence.

The Act provides for appointment of Protection Officers and registration of Service Providers by State Governments for carrying out various duties and functions relating to protection and relief to women suffering from domestic violence.

Further, the State Governments and UT Administrations have been advised to allocate separate Budgets for smooth functioning of Protection Officers (PO), providing support to survivors, training and capacity building of Police, Judiciary, Medical Officers, Service Providers as well as for creating mass awareness about the Act.

The Ministry of Women and Child Development on 22nd November said in a statement that it has also advised States to provide information to aggrieved women about their rights in a simplified manner in local languages or dialects.

Crypto Trading Software: How Does It Help You? 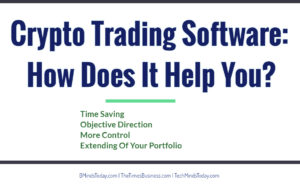