United States President Barack Obama on Tuesday extended his condolences on the demise of former president APJ Abdul Kalam, expressing he was an inspiration to millions who worked to deepen space cooperation between the two nations.

“On behalf of the American people, I wish to extend my deepest condolences to the people of India on the passing of former Indian President Dr. APJ Abdul Kalam,” Obama said in a statement.

“A scientist and statesman, Dr. Kalam rose from humble beginnings to become one of India’s most accomplished leaders, earning esteem at home and abroad,” he said.

An advocate for stronger U.S.-India relations, Dr. Kalam worked to deepen our space cooperation, forging links with NASA during a 1962 visit to the United States,” Obama said.

“Suitably named “the People’s President,” Dr. Kalam’s humility and dedication to public service served as an inspiration to millions of Indians and admirers around the world,” Obama said.

A Clear, Simple and Practical Guide To Accepting Credit Cards On... 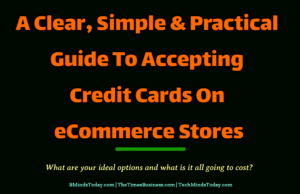 E-commerce-internet
If you are planning to...
Load more