The Eurofound, the European Foundation for the Improvement of Living and Working Conditions in its study titled “Living, working and COVID-19” found that people across the Europe  are reporting low levels of optimism about their future.

People across the EU are also reporting very low levels of trust in the European Union and in their national governments, it stated.

In April 2020, less than half (46%) of EU respondents were optimistic about their future compared to almost two-thirds (64%) as recorded in the European Quality of Life Survey in 2016.

People from the most heavily hit countries in the EU (France, Italy, Belgium, Spain) were all among those least optimistic about their future and below the EU average, revealed the study.

Trust in the EU and national governments has also been affected during this period, however people in Belgium, Italy, Spain and France still have high level trust in healthcare systems.

The results of the e-survey show that overall trust in the government was slightly lower in July 2020 than it as in April. This is the case for all sociodemographic groups, except for those aged 50 and over, for whom trust levels did not change. It also holds true for many Member States, although not for all. In France and Spain, trust in the government was higher in July than it was in April.

Trust in the EU is greater than trust in national governments.

According to the findings, trust in the EU improved among all sociodemographic respondent groups. Among the self-employed, it increased from 4.3 to 5.1. Trust among unemployed respondents still lags, despite a significant increase since April (from 3.8 to 4.4).

Crypto Trading – When Should You Sell Coins? | 3 Situations 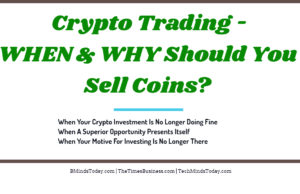 Crypto
You actually should have a...
Load more