India’s Goods and Services Tax revenue collections have crossed Rs 1 lakh crore in the month of May, 2019.

India’s Goods and Services Tax (GST) revenue collections have crossed Rs 1 lakh crore in the month of May, 2019, which is a growth of 6.67% over the revenue collected in the same month 2018.

The GST collected in May 2019 was 1 lakh 289 crore rupees as compared to over 94 thousand crore rupees in the same period of last year.

According to finance Ministry’s statement, a total of 72.45 lakh GSTR-3B returns were filed in the month of May, 2019.

An amount of 18,934 crore rupees has also been released to the states as GST compensation for the months of February-March, 2019.

The GST came into effect from July 1, 2017 through the implementation of One Hundred and First Amendment of the Constitution of India by the Indian government.

Around 38 lakh new taxpayers have registered under GST regime and the total count has crossed 1 crore if we include the 64 lakh earlier ones.

Total number of taxpayers were above 1.14 crore in October 2018. 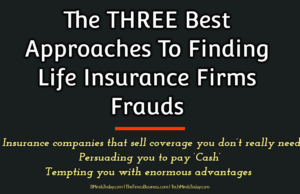