Elegance mixed with strong performance is the unique talent of the Yaman heroine Miya George.

Right from her Tamil debut ‘Amara Kaaviyam’ to her latest ‘RUM’, the pretty actress has stolen the hearts of young audience by her strong and powerful roles, and now Miya George is all set to continue her glorious success travel through her next Film Yaman.

Starring Vijay Antony and Miya George, the most anticipated political drama Yaman, directed by Jeeva sankar is ready for a grand release on 24th February 2017.

“There are two main reasons for me to sign Yaman. One is Jeeva Sankar, the man who has introduced me to Tamil Film Industry and the next one is Vijay Antony, who is ever hungry for strong content oriented scripts. This is my second film with Jeeva Sankar, and my character in Yaman will be totally contrasting from Amara Kaaviyam. Vijay Antony is such a simple and humble person, and his dedication level towards his work cannot be explained in words. He is simply Mr.24 x 7. I play as an actress named Anjana in Yaman film, and most part of the story will be revolving around me. For the very first time I have got a solo Song, through which Audience will see totally a different Miya George” says Miya George, the Heroine of Yaman enthusiastically.

The much expected political thriller is expected to release later this week on 24th February in both Tamil as and Telugu simultaneously.

A few more stills from Yaman : 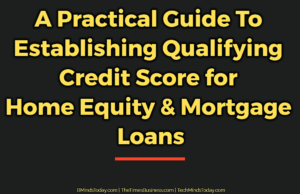