The Indian Government has set up a dedicated fund called Nirbhaya Fund for implementation of Initiatives aimed at enhancing the safety and Security of women in the country.

Under the Nirbhaya Fund, the proposed projects should have the Features like direct impact on safety and security concerns of women, optimum use of existing Infrastructure, innovative use of technology, no duplication of existing government schemes/ programmes, provision for real time intervention as far as possible, strict privacy and confidentiality of women’s identity and information and defined monitoring mechanism.

According to Women and Child Development Ministry’s statement released on 29th November, the States/UT (Union Territories) s-wise details of funds sanctioned/ allocated and utilized for the projects being implemented by various Ministries/ Departments out of Nirbhaya Fund are as follows.

*The CVCF has been released as one-time grant to States/UTs to support and supplement the Victim Compensation schemes in respective States/UTs and expenditure from this fund is allowed to States/UTs after consuming non-Budgetary resource with them.

The utilization certificate in respect of Safe City projects and Strengthening of State Forensic Laboratory are not due.

4 Smart Ways To Get Better On Day Trading In Crypto... 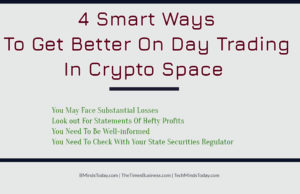