“I am deeply committed to serve all the people of Sri Lanka,” Rajapaksa wrote on Twitter.

Former defence Secretary of Sri Lanka Gotabaya Rajapaksa has won the Presidential election as he got 52.25 per cent of the total valid votes.

According to the final vote count released by the country’s election commission, he received around 6.9 million votes against his main rival, SAjith Premadasa who got around 5.56 million votes.

Gotabaya Rajapaksa is the brother of former President Mahinda Rajapaksa.

Gotabaya served as the defence Secretary during the end of the LTTE War.

In a message, he called for a new journey for Sri Lanka, adding that all Sri Lankans are part of this journey.

“I am grateful for the opportunity to be the President, not only of those who voted for me, but as the President of all Sri Lankans. The trust you have invested in me is deeply moving and being your president will be the greatest honor of my life -Let’s put our vision into action!,” Rajapaksa wrote on his Twitter page.

“I am deeply committed to serve all the people of Sri Lanka,” he added. 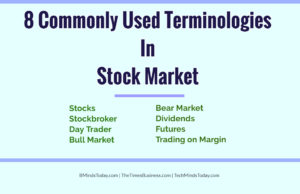 Entrepreneur
Keep it in mind that...
Load more