India is supplying its generic Medicines to more than 120 countries across the world.

According to India’s Chemicals and Fertilizers Ministry, India is one of the largest manufacturers and exporters of generic medicines across the world.

Addressing  the virtual Latin America & Caribbean session on ‘Reimagining Distances’, during  LEADS 2020, organised by FICCI on 14th October the Union Minister for Chemicals and Fertilizers DV Sadananda Gowda said India is the only country with largest number of US-FDA compliant Pharma plants (more than 262 including APIs) outside of USA with exports $ 20 billion worth of pharma products to various nations including high standards complying countries like US and Europe.

The Minister has said India is one of the largest manufacturers and exporters of generic medicines across the world.

According to the Minister, HCQ and Azithromycin was recognised as one of medicines under treatment protocol for covid-19 in emergency cases.

Referring to India supplying these medicines to more than 120 countries across the world; the minister underlined that India thereby earned the reputation of reliable supplier of medicines.

The minister believes that Indian pharma Sector can grow to $ 65 billion Industry by 2024.

The Minister further eMphasised that this is a very- very good time to invest, and set up manufacturing base in India in pharma Sector.

Gowda also said that the Market size of Chemicals & Petrochemicals Sector in India is around 165 billion dollars.

The size is expected to grow up to 300 billion dollars by 2025, the minister said.

The Minister added that fertiliser sector is also an attractive sector in India. According to the minister, there is huge demand for fertilisers in the country. 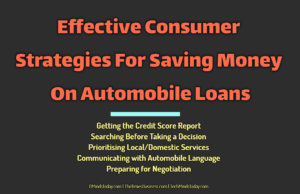