Chasing a target of 150 runs set by Mumbai Indians team, Chennai Super Kings were restricted to 148 runs for 7 wickets in stipulated 20 overs.

The Top 3 Challenges and Risks With Penny Cryptocoins Trading 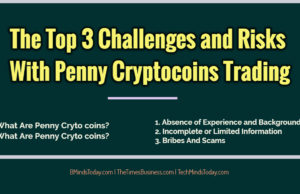 Crypto
In a nutshell, although there...
Load more