It is widely known that actress Asin is dating and is getting ready to marry Micromax CEO Rahul Sharma. The same news was confirmed publicly by Asin while she was giving an interview to media to promote her latest released film ‘All is Well’.

However, we brought you an interesting detail which was shared by neither Asin nor Rahul. As per close friends of the actress, Rahul proposed to Asin nearly a year back by gifting a specially designed 20 carat solitaire Ring with diamonds engraved.  The letters AR scribbled on the diamonds stand for Asin and Rahul.

The ring is said to be cost 6 Crore. This is probably an advantage of marrying a rich businessman. Even though Asin flopped miserably in Bollywood, her personal life has definitely flourished after she shifted her base to Mumbai.

As per reports, their marriage arrangements are underway and the marriage will happen by the end of this year.

A Methodical and Structured Approach To Trading In The Crypto Market 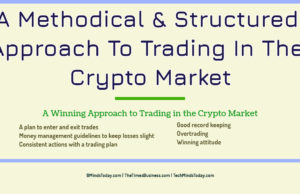