Bringing in yet another promising year was none other than the pan India rockstar-actress Shruti Haasan. She celebrated her birthday over the weekend at her father Kamal Haasan’s house in Chennai and invited 15-20 of her good friends. Present ofcourse was her father, two of her childhood friends who flew in from London along with some friends from Bombay and ofcourse from Chennai including Tamil actors Tamannah Bhatia, Jiiva and Vishal along with director-choreographer-actor Prabhudeva who’s Shruti has worked with before as well.

Shruti Haasan is looking forward to 2017 with all the exciting stuff she has lined up – across her Film and music work. She brought in her birthday on the sets of her Telugu film opposite Pawan Kalyan where the team got her to cut a special cake on set. The year ahead should see 4 releases for Shruti across all three languages – Behen Hogi Teri in Hindi, Singham 3 opposite Suriya in Tamil, her father’s film Sabaash Naidu – which is a tri-lingual and Pawan Kalyan’s Telugu film.

Coming back to the party – It was a lovely, casual party at the house spanning a 3 course meal and an easy lounge music vibe. It was an intimate setting that allowed for people to mingle and spend time with the birthday gal.

Here are the latest pictures of Shruti Haasan : 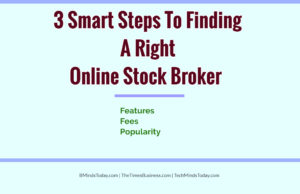 Entrepreneur
If you are a stable...
Load more