As many Indians believe, Kalam’s position can’t ever be filled.

Why Abdul Kalam is so popular?. What were the outstanding qualities that transformed him from an ordinary to the extra ordinary personality.

As we sense the loss of one of the most cherished and respected personalities of the nation, here are Six remarkable things that made Dr. Avul Pakir Jainulabdeen Abdul Kalam an extra ordinary man –

Born on October 15, 1931, Kalam came from a simple background. He used sell newspapers when he was too young in order to support his family in financial terms.

Dr. Kalam is recognized as the father of Indian Missile Technology and has played an outstanding role in India’s 1998 nuclear weapons tests.

Dr. Kalam did wonders as an Aerospace Expert with DRDO and ISRO. He was referred to as the “Missile Man” of India. While working as project manager at DRDO, he played a vital role in the progression of India’s first indigenous Satellite Launch Vehicle (SLV-III).

He brought in dignity and pride to national politics. He served as India’s 11th President from 2002-2007 and was unquestionably one of the most adored people in politics of the country.

Dr. Kalam had received several awards and recognition for his outstanding contribution to scientific research and modernization of defense technology in India. He was honoured with the Padma Bhushan, Padma Vibhushan and also Bharat Ratna, the highest civilian award of the Republic of India.

Dr. Kalam was much more than a political figure. He was a scientist, writer, inspirational speaker and a lot more. He had written several best selling books like Wings of Fire, Ignited Minds: Unleashing the Power Within India and India 2020.

He was also a great speaker and had inspired millions of people through his incredible speeches.

Dr. Kalam was a great inspiration to many, especially young minds, and always inspired them to dream big in life.

How To Conduct Free Crypto Research 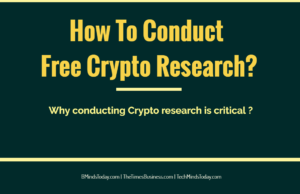