The fuel cell is a low temperature PEM (Proton Exchange Membrane) type Fuel Cell that operates at 65-75 degree centigrade, which is suitable for vehicular applications, India’s Ministry of Science & Technology specified in a statement released on 10th October.

The heart of the PEM fuel cell technology includes the membrane electrode Assembly, which is wholly a CSIR knowhow.

The 15 Most Important Questions Every eCommerce Entrepreneur Must Answer 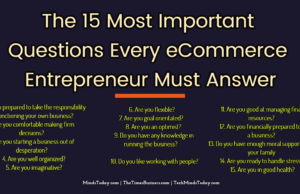