As per the latest information from the sets of power star Pawan Kalyan’s forthcoming action entertainer “Sardaar Gabbar Singh”, cinematographer Jayanan Vincent has walked out of the project. Even though the real reason is not yet known, it is heard that ego clashes have made him to walk out of the much awaited film.

Different stories are being circulated about why he walked out of the project. One story states that Jayanan Vincent got hurt by few egoistic comments by director KS Ravindra (Bobby).

Another story states that Pawan is the reason behind Jayanan’s walk out from this project. It is widely popular that Pawan interferes in every department of filmmaking and due to the actor’s over interference Jayanan got angry and walked out.

Fans of Pawan are condemning this story though and they said that Pawan and Jayanan have nice rapport as Jayanan worked as the cinematographer for Pawan’s Gabbar Singh and Teenmaar, previously.

Sardaar unit is a bit distraught with the latest development. 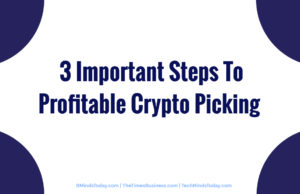 Crypto
A profitable Cryptocurrency picking is a...
Load more